I have a history lesson for you today… but it involves shopping too, so not to worry! Today marks the start of the bi-annual ‘soldes’ (sales) in Paris. If you’ve ever visited the city in July or January, you know exactly what I’m talking about. But how did these sales come about? And why are they only twice a year? Read on! 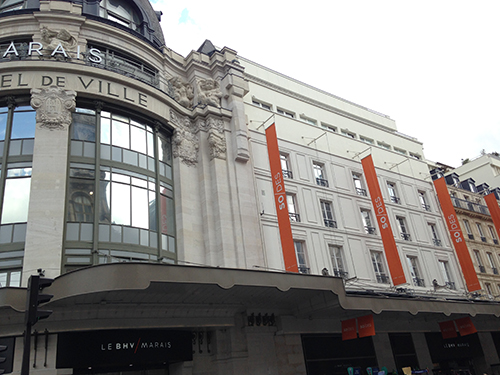 Sales in France started in the end of the 19th century. The first department stores had already appeared, the previous way of selling clothes being that you would go to a tailor and they would make clothes to fit you exactly. ‘Mass production’ of ready-to-wear clothes was a blessing for most women… however it did leave boutiques with the annoying question: what to do with the unsold stock? 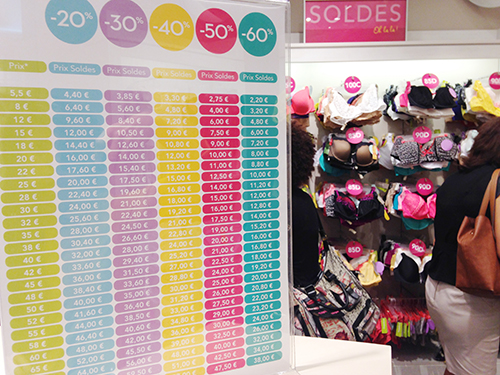 Simon Mannoury (who in 1830 founded one of the first Parisian ‘grands magasins’) decided to organize an event with the goal of getting rid of all those extra clothes. So, he cuts the prices drastically. It was better getting a bit of money for them than just throwing them away to make room! Parisians gobble up the clothing, he’s left with an empty stockroom to fit the newest clothing in… everybody wins. Les soldes were born. 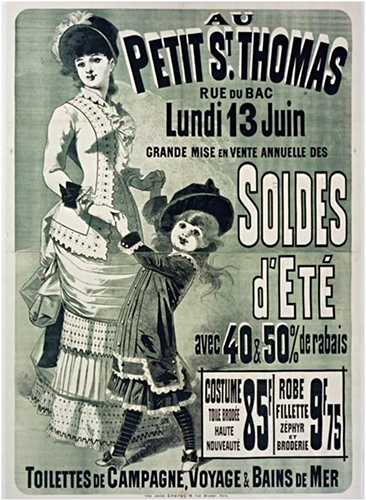 By 1906 the law stepped in to officially define what a ‘solde’ is (an occasional price reduction on dated stock). 90 years later, a 1996 decree further defined the legal duration of French ‘soldes’ – beginning in 1997 the prefects of each French department fix the length of the sales to 6 weeks, 2 times per year: the famous summer and winter sales that we all know and love (or hate, if you’ve ever tried to navigate the Champs-Elysées during them!).

One interesting note is that vendors legally have to prove that everything they’ve marked down had previously been sold for its full price, and that their company had already paid for the merchandise from the manufacturers. Basically, they can’t lie about the fact that you are actually paying less… none of this “I’m going to make something slightly lower quality just for the sales and pretend I’ve marked it down 50% to get you to want to buy it.”

Come the 2000s, the industry (largely due to the internet and home shopping) had changed… there was far less unsold stock at the end of each season. So, the large summer and winter sales were cut to 5 weeks, and a second category of sales was introduced: ‘les soldes flottants,’ or floating sales. Stores can now choose 2 additional weeks of sales distributed throughout the year, whenever they want (as long as they are far enough removed from the bi-annual fixed sales). 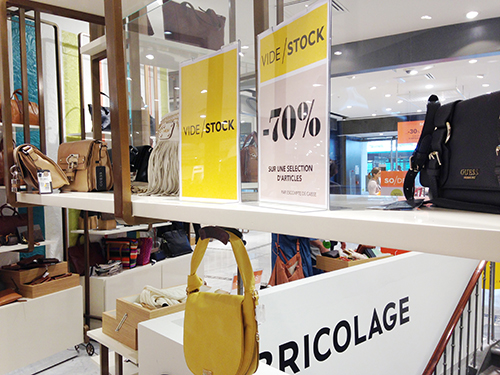