Why climb Notre Dame Cathedral’s towers instead of a different Paris monument?

There is no shortage of monuments to climb in Paris… the Eiffel Tower, Sacre Cœur Basilica, Montparnasse tower, even the Institut du Monde Arabe (check the views here). But for a true climb into history (and honestly the most breathtaking views I’ve ever seen) there’s one clear winner: the towers of Notre Dame Cathedral. Let me share the reasons: 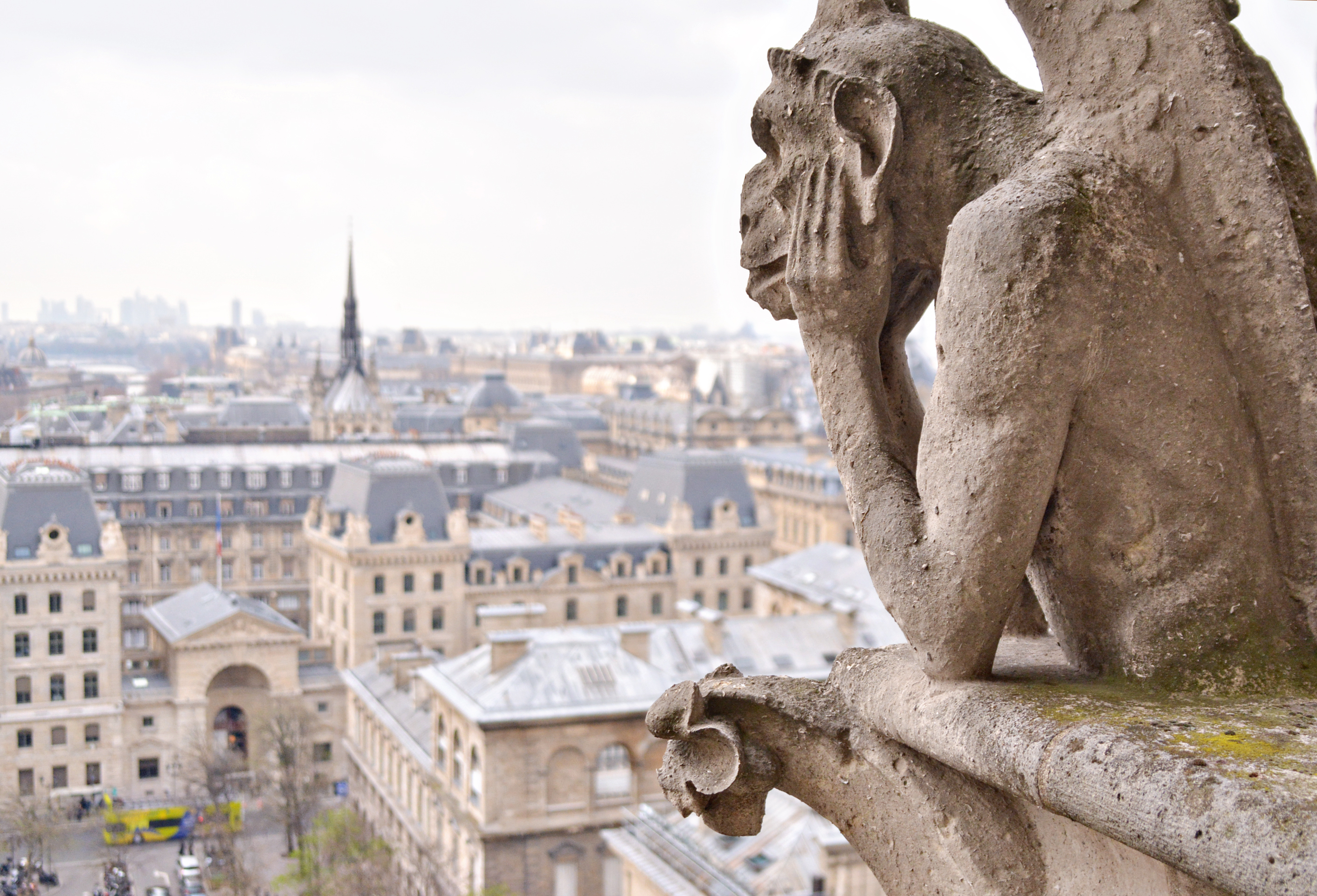 Notre Dame is at the center of Paris. And when I say center, I do mean it – just in front of the front doors of the Cathedral is the official “zero” mile marker of Paris. This is where it all begins (map-wise, anyway)! 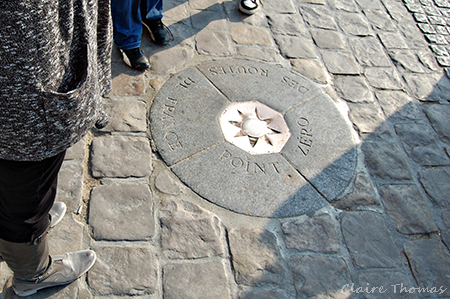 What does that mean? It means you can see pretty much everything. Including the Eiffel Tower… 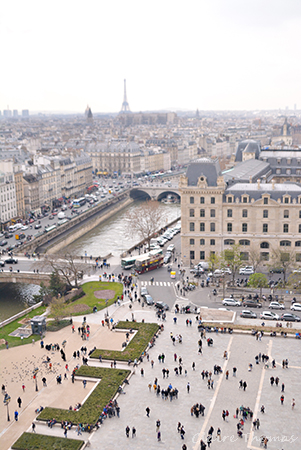 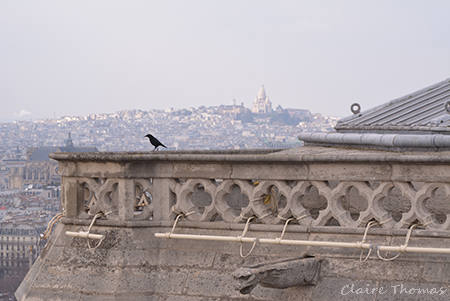 Including the old, old rooftops of ancient Paris… 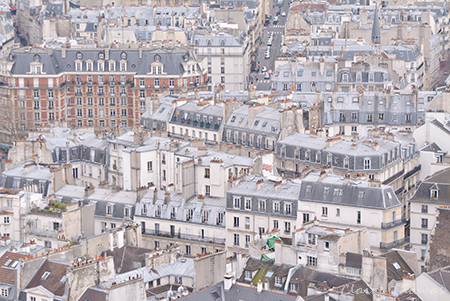 Including the edge of the island (sometimes it’s easy to forget you’re on an island here!)… 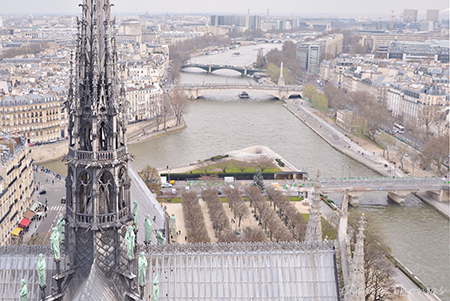 Seriously, the views are incredible. 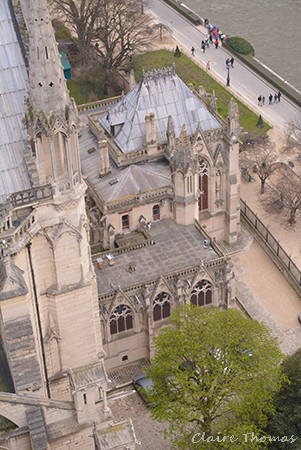 2. Gargoyles as a great way to make your photos more unique

Look at these ugly things! A few of them are pretty normal looking, I suppose… but “normal” is the minority from what I saw. 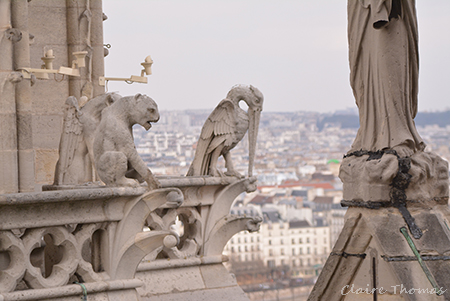 Some of these gargoyles are just statues (and those are actually called chimeras), but others have a significant purpose on the building. The real gargoyles are the ones which jut out horizontally, and they were built for water drainage. Rain falls, collects, and rushes out of their mouths, away from the sides of the building itself. Less water drainage down the side of the building means less water damage! They’re a whole lot prettier than modern day gutters, too. 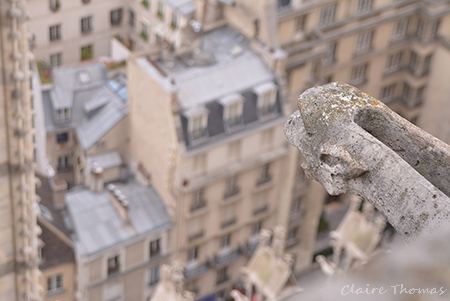 The gargoyles and chimeras on Notre Dame are pretty imaginative, to say the least. Some are beasts, some are half-human, some have a mix of serpents’ tails, eagles’ beaks, and lions’ talons… Were there perhaps some special mushrooms involved in the sculptors’ conception of all these crazy creatures? It may seem that way, but historically the goal behind all the grotesque figures was to remind people that no matter how frightening, all creatures are the work of the God which inspired the Cathedral and its faith, and that they are all deserving of love. 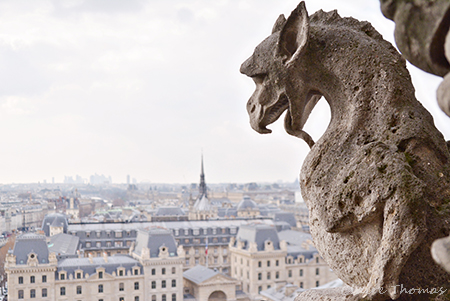 You can really get some one-of-a-kind photos climbing the towers of Notre Dame. There are safety nets, but little holes have been cut out of them periodically so you can snap some shots net-free. 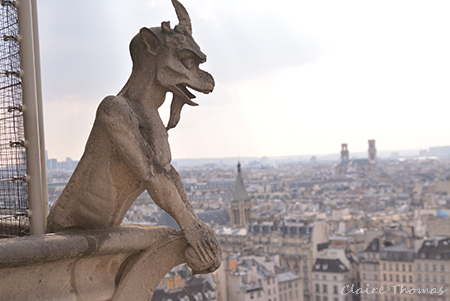 Notre Dame famously (infamously?) took nearly 200 years to build. Construction began all the way back in 1163, and the Cathedral has seen its fair share of destruction and rebuilding since then, notably during the French Revolution 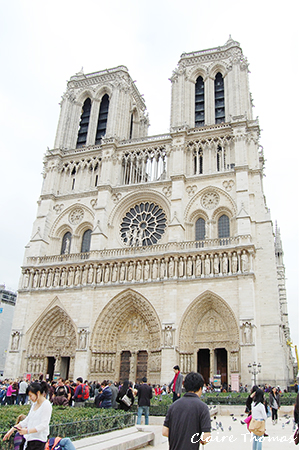 Remember when I said that Notre Dame took about 200 years to build? That makes it a goldmine for historical architecture. You can see the change in architectural styles in a way that is clearer than nearly anywhere else in the world (start from the ground floor and work your way up, noticing the changes in the façade and the generally more intricate stonework as you go). It’s like opening a time capsule. A really, really, really big time capsule. 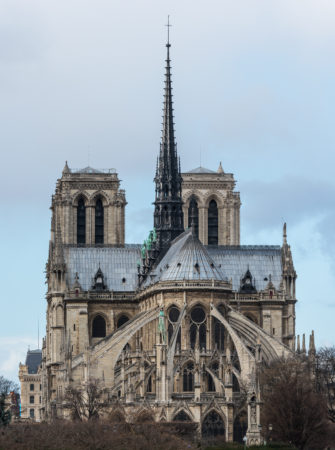 Besides the gargoyles, some of the most impressive aspects of Notre Dame are its flying buttresses. These are the thin arching supports at the back of the cathedral. They help support the walls, and Notre Dame was one of the first buildings in the world to put flying buttresses into place. The funny thing is, the cathedral originally wasn’t designed to have them… but as you can imagine, over the course of hundreds of years of construction (and the changing of architects during that time), the blueprints were altered. The stone walls were built thinner and higher than the original plan, and when stress fractures in the stone began to occur from the unstable walls pushing outward, a support system had to be put into place… voila, flying buttresses. Annnd you’ve just created a masterpiece of Gothic architecture! 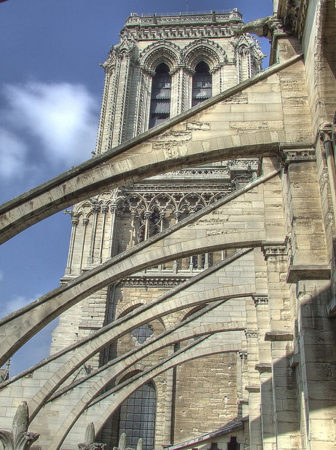 If for nothing else, touch the stone that inspired Victor Hugo to write Notre-Dame de Paris, creating his famous character Quasimodo.

It costs 10 euros, which is basically 2 glasses of wine, which makes it a steal-of-a-deal in my opinion. The Eiffel Tower tickets sell for about 15 euros on the official website… but unless you purchase them months before your trip, chances are they’ll be sold out. That means you’ll be left to buy them from third party sellers at a pretty extreme markup – 45-55 euros in most cases. Yikes!

In addition, the wait times are not as crazy as with other monuments. The Louvre can have you standing around in the sun for 2 hours (see our article on the Louvre’s secret entrances to help out). The Eiffel tower lines can be even longer than that. I stood in a line stretching over half the length of the Cathedral, and the total wait was about 25 minutes. In comparison, that’s really not bad! 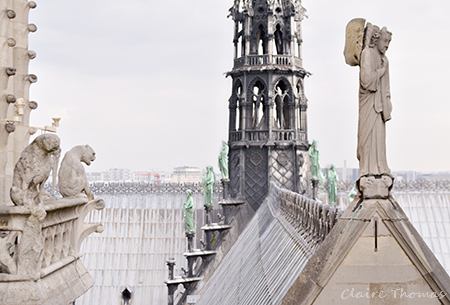 5. Climb off those cheese and wine calories

People always ask how the French can stay so thin, what with all the wine, cheese, and bread. The answer is NOT black magic, surprisingly! The French and Parisians in particular are simply an active group of people – the city is very walkable and they do walk it. Driving is a nightmare, so they do avoid it at all costs! Do they climb the 387 steps of Notre Dame towers every day? Well, no… but that does help. So you can really kill two birds with one stone here, no need for the gym. 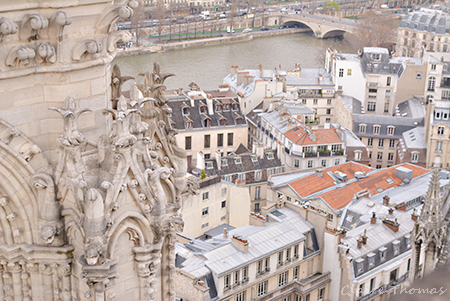 Do be aware that there are handrails to hold onto as you climb and descend, but it can get a little tight. However I visited with my dad who is old enough to already have had 1 hip replaced, and he made it smiling and ooh-ing and ahh-ing. He said it was the best thing we did the entire time he spent in Paris. Can’t argue with Dad on that one!

Entry location: Outside cathedral on rue du Cloitre Notre-Dame (as you are facing the front of the Cathedral, this is on the left side of the church)