SEPTEMBER 2017 UPDATE: Printemps rooftop cafe Deli-Cieux is currently undergoing renovations and is closed until further notice. However, as of June 2018 Galeries Lafayette has stepped in with a replacement option for you… you can visit their rooftop restaurant and bar (Laa Paillote and Le Cube Bar, respectively), which is accessible through the 7th floor of the main Galeries Lafayette store, 40 Boulevard Haussmann 75009).

As nice weather arrives in Paris, there’s nothing better than grabbing a drink or some food with a view. And with the bi-annual Paris sales happening (I know you’ll be out there taking advantage of some sweet deals!), introducing you to the Printemps department store’s rooftop café ‘Déli-Cieux’ seems like the perfect idea. 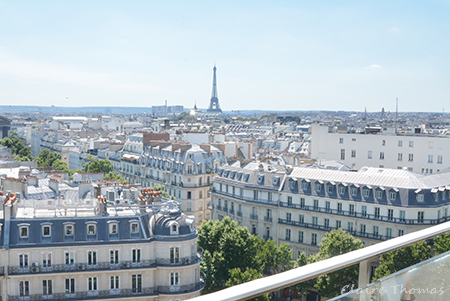 If you’ve done any serious shopping in Paris, you probably are already familiar with the Printemps department stores. It’s one of the four main department store heavens in Paris, the others being Au Bon Marché (the first department store in Paris!), Galeries Lafayette, and the Bazar de l’Hotel de Ville (known to Parisians as BHV). 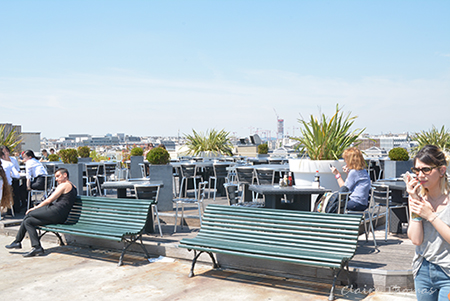 There are a couple different locations of Printemps in Paris, but I’m going to focus on the one on Boulevard Haussmann, which is now considered the flagship store. There’s quite a history of this department store- though it was not opened as early as Au Bon Marché, it was the first to be equipped with electricity (1888), elevators, and also one of the first to have set prices. Yep, before Printemps came along you would have been able to haggle over the price of that Chanel dress…

Through the Haussmann Printemps was the second one built in Paris (after expansion of the first in 1904), its beautiful art nouveau façade and breathtaking glass domed roof got it the honorable distinction of registered Historic Monument in 1975. All the more reason to visit!

Enough history, let’s talk about the view! Now, on Boulevard Haussmann there are 2 Printemps – one for fashion (Femme) and another for beauty and housewares (Beauté/Maison). You’ll need to go into the Beauté/Maison Printemps to access Deli-Cieux. 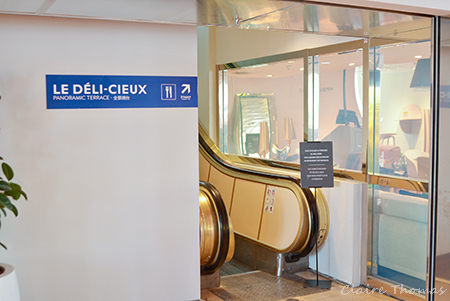 You can take the escalator or the elevator, but whichever you choose be sure to go all the way to the top – the 9th. From there you’ll have direct access to the rooftop café. 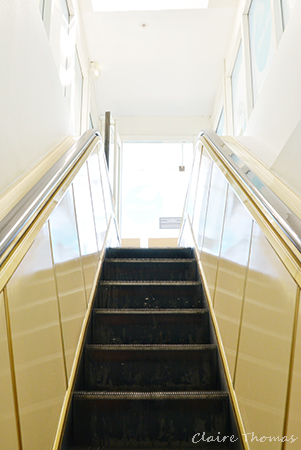 The café Deli-Cieux, though nice-looking and clean, isn’t really anything special. The prices are alright, but not great. Perrier for 4.50€ and espresso for 2€ is relatively standard, but the food is priced a bit high for my tastes – 5€ for a pastry is a lot in my opinion, if it’s not from Pierre Hermé or Angelina!

Feel free to check the menu at the end of this post, though note that you’re not obliged to purchase anything to access the terrace. At the same time, keep in mind they don’t allow outside food or drink. 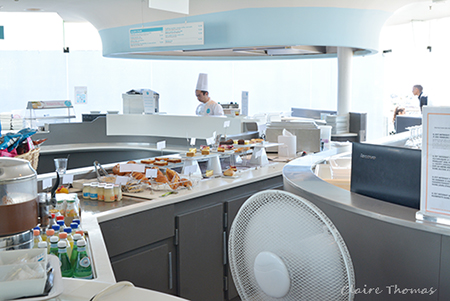 The café is self-service, and reminds me a bit of the school cafeterias of my youth in that way… Even the coffee is self service – you pay at the cash register and are given a little espresso tablet to use in the machine just behind the register. 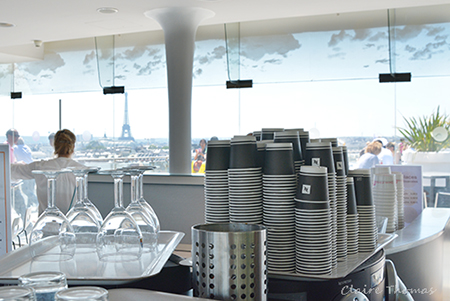 But don’t you worry, just keep walking through the glass doors of the café to access the terrace… 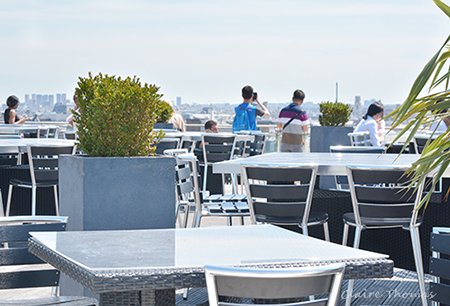 Again, you don’t have to spend money at the café to enjoy this view! It’s what you’re really here for…

What can you see, besides the Eiffel tower? Well, how about Sacre Coeur (and from much closer than the Notre Dame towers or Institut du Monde Arabe). 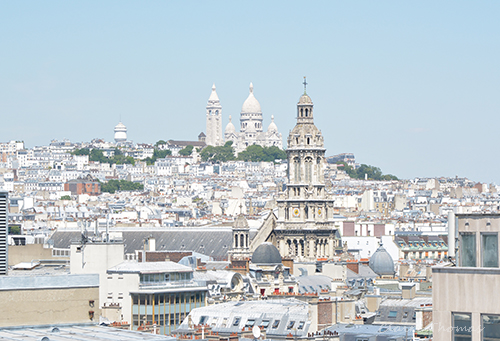 The tree-lined avenue to the Madeline church? 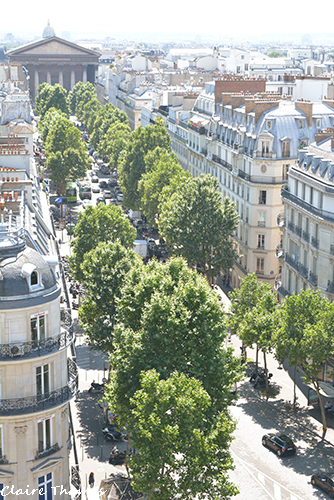 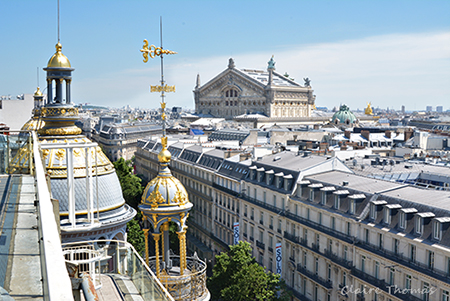 You can even see the Haussmanian blue-grey rooftops and stone chimneys of the Louvre Museum in central Paris, and the Pantheon’s dome in the Latin Quarter! 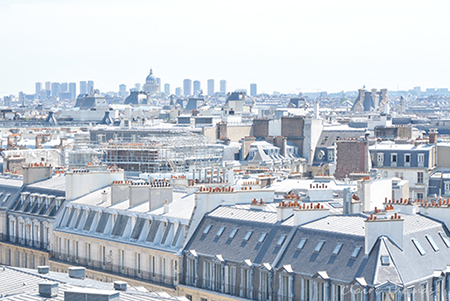 Plus you can see the wonderful Art Nouveau details of Printemps itself, up close and personal (and gold). 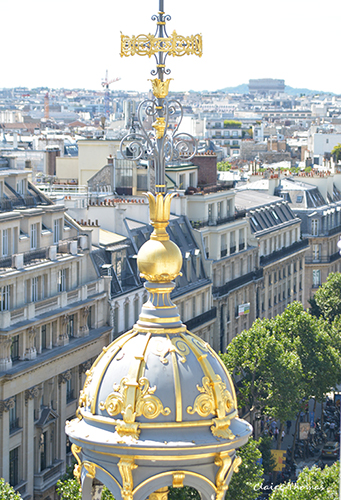 The Printemps rooftop terrace Deli-Cieux may not have the fanciest café fare or the best deal… but what it lacks in that it makes up for with an imaginative view, a huge open space, and of course the option to even visit for free!