I learned what nuit blanche meant shortly after arriving in France to study. I was trying to explain the American university experience to a French friend. In my fumbling French, I described the typical approach to final exams. (For me) that involved far too many sleepless nights at the library, lips glued to cans of Redbull like they were life support, eyes dreading the black sky’s slow transition to indigo since it meant my cramming session was nearly over (and way, way, way too soon). “How do you say,” I asked, “pull an all-nighter?”. 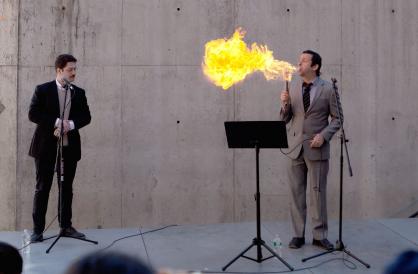 “Ah oui,” then: a knowing nod. “Tu as fait une nuit blanche”. Translation : You did a white night.

Nuit blanche = white night = all-nighter. It makes sense really, and all in all it’s far more poetic than the English version.

Okay, but it’s doing fun, cultural things! Not studying! See, you WANT to do Nuit Blanche in Paris, I promise: it’s amazing – there’s so much to see. There are some destinations that are not normally open to the public (such as schools, gymnasiums, etc.) which host artists for this once-a-year city-wide festival. There are light shows, optical illusions, art, and music. From 7pm on October 1 to 7am on October 2, the city is in full, nocturnal bloom. 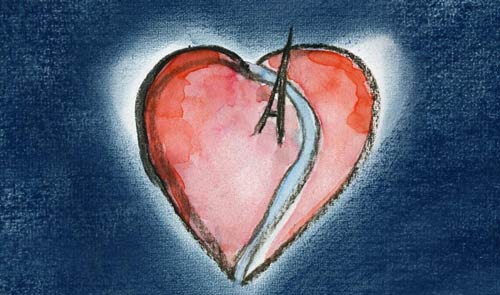 This year the theme is – for a loose translation from all I’ve read – ‘transition’. This theme is propped up with allusions to this story. So, if you’re well-versed in 15th century Italian romance novels… well, you have interesting hobbies… but also you’re way ahead of the rest of us.

I’m not going to bore you with any more details of the theme and this and that. The best thing about Nuit Blanche is being out there! So what I have for you below is a list of selected activities along the Seine, from east to west. Is this every single thing that’s going to be happening in Paris’ 2016 Nuit Blanche? No. No, guys, there are whole websites devoted to that (like here, and here – use Google Translate).

This is a curated list of the top 8 destinations along the Seine River (and I’ve included some bonus destinations too). Most will go all night, but a few have time restrictions and when that’s the case I’ve made a note of it for you.

Your best bet is to start on the east side of the city – or as far east as you want to go, really – and work your way westwards. Just be sure you’re somewhere between Hotel de Ville and the Eiffel Tower by 11:30pm. That’s when the boat parade starts. (YES! A parade of boats! Like a land parade but smoother, and wetter, and definitely more fun. It’ll be great.) 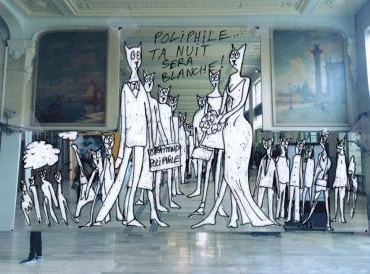 Metro: Gare de Lyon, lines 1, 14
Do you like cats? Of course you do. Go to Gare de Lyon. I don’t even really want to tell you why, I want you just to go and embrace the cat-ness… but I’ll tell you a teeny bit. Artist Alain Sechas is a big fan of our furry feline friends, so he paints them on the reg. Here he painted some pretty frightenly-large ones on a mirror. There’s more to it than that but really: cat selfies. What more do you need to know?

Check out the square in front of the train station for artist Abraham Poinchevel who is living “between heaven and earth” this entire week. I’ll leave it to you to work out what that means. Sleuth away! 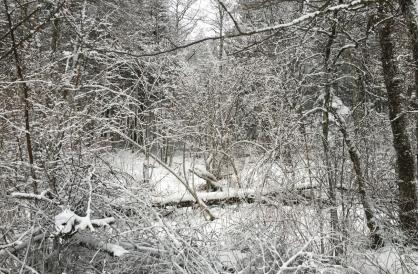 Metro: Hotel de Ville, line 1
Yeah there’s kind of a whole lotta nothing between Gare de Lyon and Hotel de Ville. Maybe take the metro (by the way, a bunch of stops on metro lines 1 and 9 are open all night, in addition to the RERs and Noctilien night buses). There is a mystical, magical, fairy-tale forest here in front of Hotel de Ville. Delightful! Or… scary. It depends what kind of fairy tale you’re in.

Duck around to the back of Hotel de Ville to see some windows come alive with mysterious slow-motion faces. I don’t know what that will be like… but I’m intrigued. 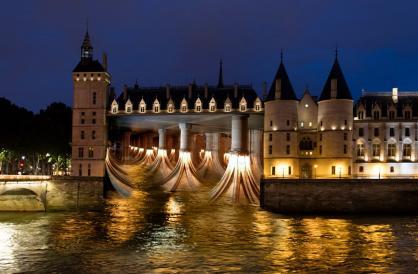 2 bd du Palais
Metro: Cite, line 4
Artist Pierre Delavie tells another ‘urban lie’ with this project, a a huge trompe l’oeil on the side of the Conciergerie. What do we see? Not the normal, beautifully-lit exterior of the Conciergerie, oh no. That would be boring. Instead we see the interior, projected onto the façade. But, something is slightly amiss… 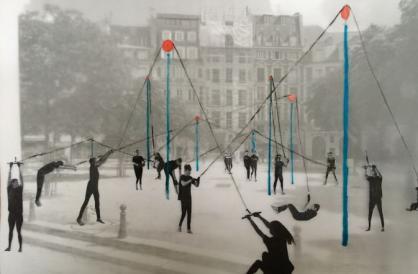 Metro: Pont Neuf line 7, or Cite line 4
7pm-1am only (slight chance this will change to 8pm-2am)
Is it beautiful dancing, or are we at the gym? You decide! I can tell you there will be pretty buff bodies, there will be cords with pull handles, and there will be (I’m assuming) some grunting. All in all it should be beautiful.

Head to the very tip of the island and walk down the stairs to the Square du Vert-Galant. There is going to be some kind of whirlpool/black-hole/Interstellar-level stuff going on. (Appearance by Matthew McConaughey to be confirmed.) 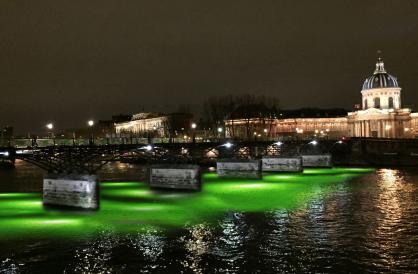 Metro: Pont Neuf line 7, Louvre Rivoli line 1
Man, have you ever just, like, listened to the sounds of the river, man? It’s gnarly, man… gotta try it. And now’s your chance! Artist/sound mixer Oliver Beer (who, I think, may have spent a little too much time in Amsterdam) plays and mixes the sounds of the Seine and projects them through speakers on the bridge. Underneath the river is lit by the green LEDs fishermen use to attract fish. NOTE TO SELF: bring fishing rod and portable barbecue grill. 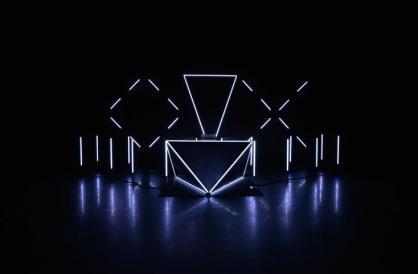 Metro: Invalides lines 8 & 13, Champs-Elysees Clemenceau lines 1, 13
From 11pm only
BUM, BUM, BUM BUM BADA BUM. (Gotta be honest, that’s really as far as my beat-boxing abilities go.) This bridge is going to be the par-tay of the night and totally make the rest of the Nuit Blanche activities look at each other and go “Um, seriously, it’s like Pont des Invalides just totally wants like, all the attention. Just look at it! Partying like there’s like, no tomorrow or whatever. Whatever.” (Secretly, they’re all jealous though.)

There are going to be DJs on this bridge and lots of LED lights (because the environment, guys). Whether you want to be jumping around, or want to be giving the stink-eye to those jumping around… this is the place to do it.

Forget it, you’re not getting a bonus here. Look at all the bonus info I’ve already given you! Can’t you just be happy? Be happy with the dance party and/or judgement thereof! Bum, bum, bum, you know? Jeez, talk about hard to please… 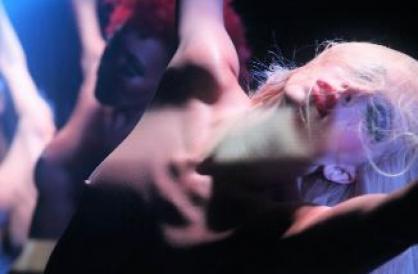 Metro: Champs-Elysees Clemenceau, lines 1 & 13
8pm-1am only
Nymphs dancing in a fairy-tale world, and the nymphs are from famous Parisian cabaret Crazy Horse. Not for children (if you know what a cabaret is, then you know why).

Les Berges de Seine – the Seine Riverwalk has a ton of activities this year, so just point yourself in the direction of the river, walk along it until you find some stairs, and go down them. You’re welcome. 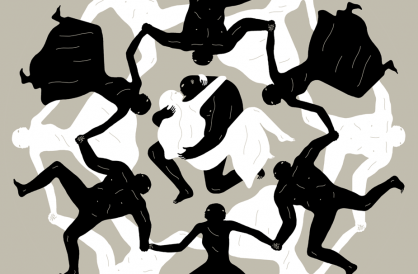 Metro: Bir Hakiem, line 6
10pm-1am only
You’ve made it to the end! And you are rewarded with… okay I was going to tell a joke here but the truth is too good. You’re rewarded with a free climb to the first floor of the Eiffel Tower. Which is basically never free. So: there will be a line. But you can do it! And there’s art painted on the pavement below, which you can see when you look down at the ground from your perch in the Eiffel Tower. (Spoiler: you actually can see this art from the ground, as well).

This is the biggest bonus of them all: Beginning at 11:30pm there will be a boat parade, yes you read that correctly there will be a parade of boats down the Seine river. They’ll start their majestic, slightly nauseating journey near Hotel de Ville at 11:30pm and will finish near the Eiffel Tower at a secret, undisclosed time that has far too much in common with 5th grade math (if train A traveling at 50 mph leaves city x and a train B traveling at 35 mph…) for me to calculate it for you. Just, you know: be there or be square. 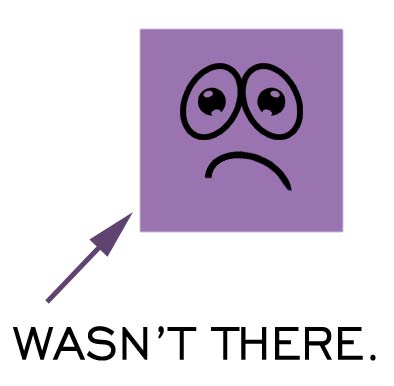 All photo credit: quefaire.paris.fr. Except for that last one. That last one was all me.