It seems that at least once a month I’m surprised by some reoccurring Parisian event that I’d previously not been aware of. About 6 months ago, one of my discoveries was a series of free classical music concerts at 12:30pm during the week, known accurately as ‘les concerts de midi et demi’ (not the most creative title, but at least you know what you’re in for). 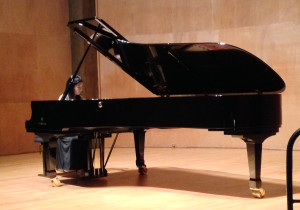 Did I mention: Free?

The stage is the Salle Cortot, attached to the Ecole Normale de Musique de Paris (where some of the performers come from). Its interior has a bare-minimum kind of warm charm to it – there is very little to draw your eye away from the performance at hand. 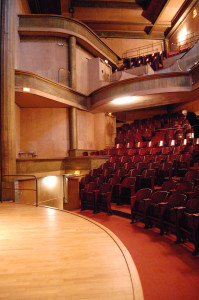 Humble but cozy, perfect for a lunchtime concert

Concerts range from piano to flute to voice, by semi-professionals, professors, and students from the Ecole Normale de Musique de Paris (National School of Music of Paris – one of the leading conservatoires in the city). You’ll know they are all legitimate and talented musicians when I tell you that the last time I went, the entire concert was being recorded for a studio album! 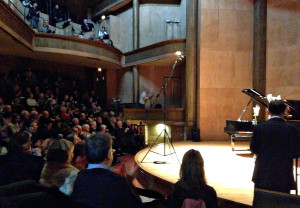 Hopefully my sneeze wasn’t picked up by those microphones…

Since generally I ‘graze’ on food – my mom’s choice of word – over the course of the day instead of actually sitting down to a regular meal, filling my prescribed lunch hour with music suits me just fine. For those of you with more structured (and healthy) eating habits, this might be a good opportunity to grab a sandwich from a boulangerie and eat on the go! 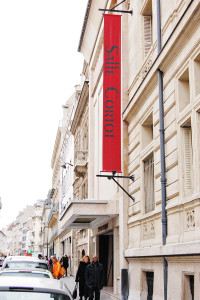 Entrance to the theater

Concerts usually take place at least twice a week and you can see the full schedule here (look for ‘concerts de midi et demi’ to see when the free ones are): http://www.sallecortot.com/tous_les_concerts2.cfm?r 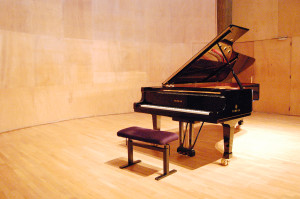