There are not many cities in the world that are more associated with jazz music, than our beloved Paris. It seems that jazz festivals are practically continuous, and great clubs are sprinkled in nearly every corner of the city. Let’s explore how American racial segregation, the World Wars, and resistance all shaped the depth of the Parisian jazz scene. 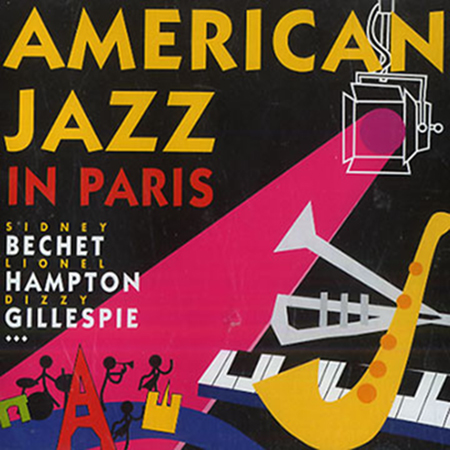 American-style jazz (which influenced Django Reinhardt, the firestarter for this musical movement in France) was introduced in Paris during WWI. At the time, African American soldiers were among the American troops stationed in France. Casual music groups among the soldiers performed ragtime, swing, and jazz in Parisian music halls, giving the city its first taste of the totally new sound. 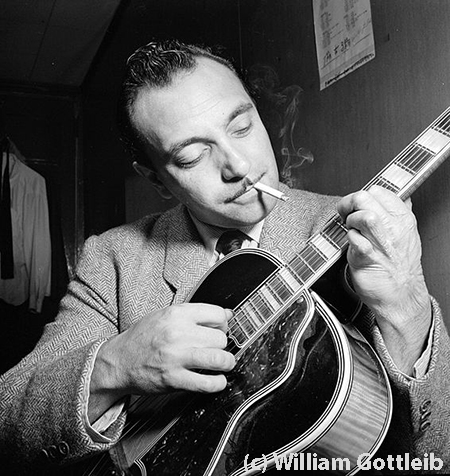 After the war was over, people still loved this new and ‘exotic’ music played by Black Americans. The fondness grew, and this growth wasn’t only reflected in music… even art and philosophy began to embrace Black culture, rejecting and criticizing colonialism. Prodded by this, France was actually the first country to seriously study the ethnology of the African people (although sadly the country’s government continued to support colonialism for many, many years). 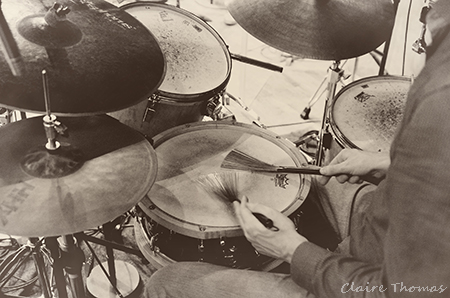 Between WWI and WWII, Paris was a huge destination for jazz musicians. Why? Well, Black musicians generally found attitudes about racial segregation much less apparent and overwhelming than in the United States. You can’t go so far as to claim that there was no racism in France, but relative to the US it was just a whisper. That racial freedom attracted many American performers to France’s capital city. Take Ella Fitzgerald and Louis Armstrong’s “April in Paris”… they lent their talents to talking up the City of Light! 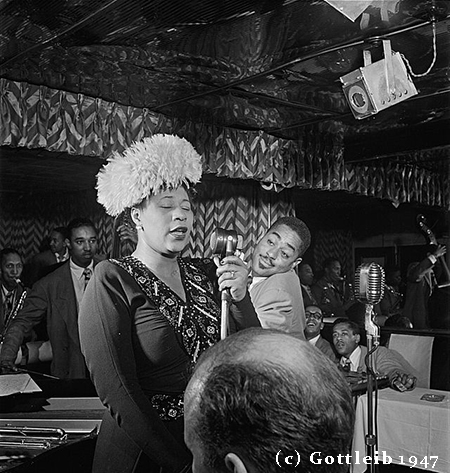 This young jazz/swing/ragtime music in 1920s Paris was still ‘inferior’ to what was being played at the same time in New York or Chicago clubs. But this would change in the 1930s when French musical enthusiasts (mostly university students) begin to actually promote jazz music and organize fans. Right around this time France’s first magazine dedicated to the genre was launched (It was called La Revue du Jazz). 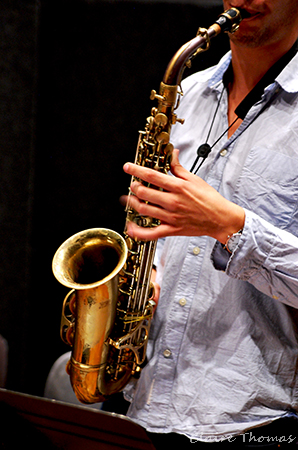 In the 1930s another hugely influential jazz-related artist pops up: guitarist Django Reinhardt. He exploded on the music scene, playing his own mix of gypsy and American-style jazz which is now known as Jazz Manouche. He was a true personality, and French and Americans alike all gravitated to his music and his story. Even a caravan fire – which nearly paralyzed his left hand – couldn’t stop him from creating his music. Now, that’s dedication. Duke Ellington said Reinhardt was “Europe’s pre-eminent jazz instrumentalist of all time … He’s one of those musicians who are unable to play a note that’s not pretty or in good taste.”

” Even a caravan fire – which nearly paralyzed his left hand – couldn’t stop him from creating his music. “

Economic downfall in the 1930s caused many African American musicians to return to the US, meaning that French performers began to take up the flag. Now was their time to shine! By the beginning of WWII, most jazz, swing, and similar genres of music were played by French nationals (like Reinhardt) in Paris. This hadn’t been the case in the 1920s and earlier. 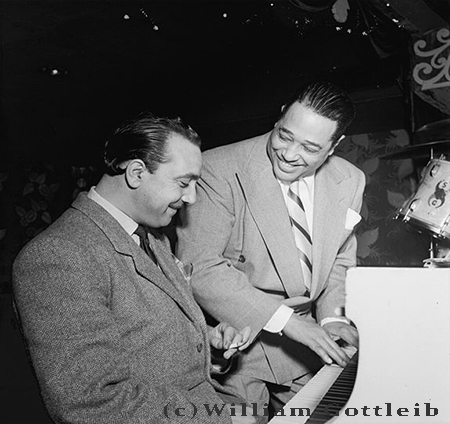 Now we get into the deep stuff. In Nazi-occupied France during the war, jazz and its offshoots became insanely popular… the American publication Down Beat commented on the trend, explaining that “jazz became the symbol of, or the last tie with, the outside free world.” You can imagine why people were listening to it, dreaming of places that were not under the Nazis’ thumb. 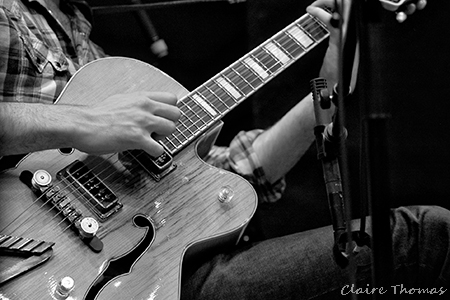 At this time, a funny thing happens. The French had to avoid using the term ‘swing’ in talking about or advertising shows. Why? The Nazis associated swing with defiance, a connotation taken from the United States where swing music was born. So American Swing was prohibited in Nazi-occupied France! However the French are smart and sneakily convinced the Nazis that French Jazz was a national custom and therefore permissible. The French began to call all music of swing, ragtime, and jazz genres by the more neutral term ‘jazz,’ to avoid Nazi suppression. 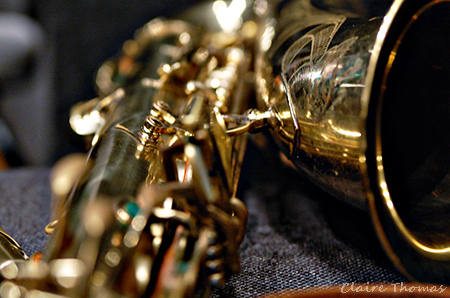 Songs were re-titled in French or in any way that would not highlight their origins… for example, “I Got Rhythm” became “Agate Rhythm,’ or simply “Blues in C Sharp.” Original composers’ names were omitted or changed. For example, do you know who famous jazzer Jean Sablon was? Of course you do – it’s the name that was being used for Louis Armstrong at the time! These all seem like such thin disguises, but the Nazis didn’t catch on, so the music had a chance to thrive during and after the war. 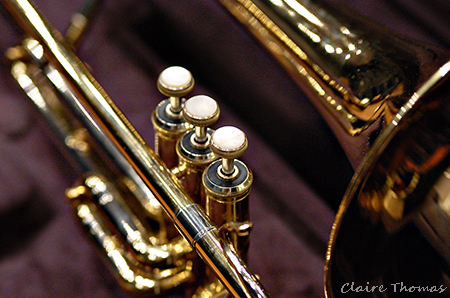 By the 1980s Paris was an established and well-known hub for jazz. The city really needed more venues to welcome all the artists who were flooding in to be a part of the music scene. Three clubs opened up all on one street, the now famous Rue des Lombards. You have of course the great Due des Lombards club (the most prestigious club in Paris, comparable to NYC’s Blue Note), as well as Sunset/Sunside, and the Baiser Salé… all three together are called the ‘triangle d’or de jazz’ (the golden triangle of jazz). Many more have since appeared, which has really etched Paris as one of the most important Jazz cities in the world. 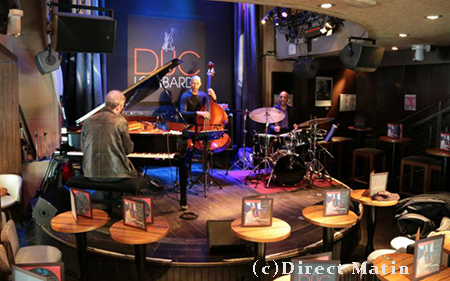 Paris is a city steeped in musical history, and catching a jazz show during your stay is a great way to touch that history. Check the http://www.parisjazzclub.net/ Paris Jazz Club program to see what gigs you can catch – something is going on every night of the week! 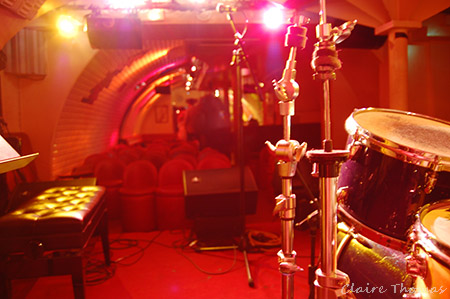 6 thoughts on “History of Jazz in Paris”