Your chance to get inside the brain of our wonderful guide Emily. 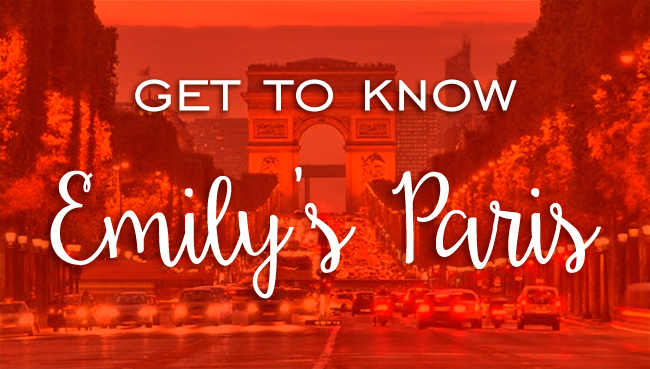 It’s not every day that our guides get asked random questions about themselves.

Asked about how many builders the Opera Garnier took? Yes. Asked what species of tree line the Parisian sidewalks? Yep, that too.

But just amusing personal questions? Not so much! We wanted to give everyone a chance to get into Emily’s brain with a few fun queries. 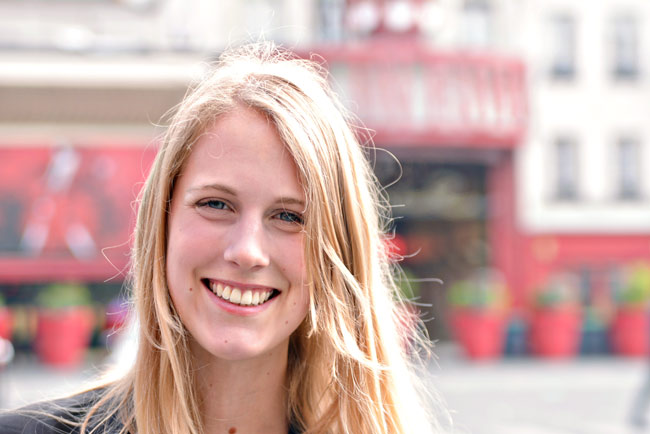 If you have any other questions for Emily, feel free to post in the comments!

What’s the craziest thing you’ve seen on a tour?

Just last week at the end of a Montmartre tour we couldn’t get into the park where we tell the last story— it was all blocked off with lights flashing. People were lined up taking photos, and massive lights were on.

It was obviously a film set, but I wasn’t sure what. It was busy and exciting. Later I found out that they were filming for Sense 8, and had we looked a little closer we may have seen some famous faces!

What’s your favorite movie about or set in Paris and why?

It could be cliché but it’s still Midnight In Paris. This movie captures the real magic of Paris, in both a modern and historical context. It’s relatable, educational, and deep. It feels like a painting, and frankly I think the sparkling vibes that beam from this film portray what it really is like to stay here in Paris.

It doesn’t get old. It keeps its magic. At least, a few years in and I’m still falling in love every month with something new… I caved and watch the movie again last week, and my heart still melts over the opening sequence. I love this city, and Midnight in Paris captures the beauty, mystery and intrigue.

This is tough, because in all honestly I probably haven’t yet discovered what would be my favorite Parisian Café. Favorite cafés to work in may also differ from favorite cafés to “prendre un verre” in with friends.

For getting work done, I love the Recyclerie in the 18th arrondissement; it has outdoor gardens, pétanque, fresh juice, gluten free beer, delicious brunches, lots of work space and efficient wifi— a dream!

Another favorite, and a place I went to multiple time a week all last year, is an English café in the 20th arrondissement called Leslie Road. Specializing in tea, they have great home made lunches and in the afternoon it’s nearly empty. Perfect for getting some work done.

For play, or rather for just your average nightly apéro, there’s a lively café/bar near Menilmontant (a great area for a fun nightly vibe!) called Demain c’est Loin (tomorrow is far). Though it’s busy, it’s got a great vibe and it’s a bonus being in a non-touristy, but very cool, area of town. I could go on… after all, there are three cafés on every corner!

If you could live anywhere besides Paris, where would you live?

In my travels thus far there have been two other cities that have stood out to me. Cities that I stepped into and thought, “Yes. I could live here”. One is a small city in Belgium called Ghent. It’s a chill, hip, university city and it’s absolutely beautiful.

The other is Barcelona, where, luckily enough, I’ll be living for a month next August to do some yoga teacher training. So we’ll see if it really is a good fit for me. I’ve fallen in love with many beautiful cities— but that doesn’t mean I could live in them all! Some are perfect— but only for a visit.

Before a big trip, what’s your packing routine?

I try to be as organized as possible, but ultimately if I have snacks and my passport I know I’ll be okay.

First, I make an extensive list. This is absolutely key to me not forgetting anything important.

Then, I lay out everything in piles on the bed, separating it into purse, carry on, and checked. I always put an extra outfit and all my valuables in my carry on with me (you can never be too careful!).

Somehow I manage to fit in more clothes than you’d think there’s space for. The key to this is rolling your clothes as tightly as possible.

Then I just make sure I have a range of things to munch on, from fruit to chips, because nothing is worse than that totally empty hungry feeling you can during travel… especially fpr early morning take offs.

What’s 90s jam do you wish you’d hear more often on the radio?

Can I say all of them? Lately I’ve been listening to way too many late 90s throwbacks. My poor friends who attend my parties wondering why they always have to listen to Smashmouth, Backstreet Boys, Stacey Orico and Avril Lavigne among others. Though I suppose some of them fall more into early 2000s… But it’s impossible to choose just one song! I want them all! 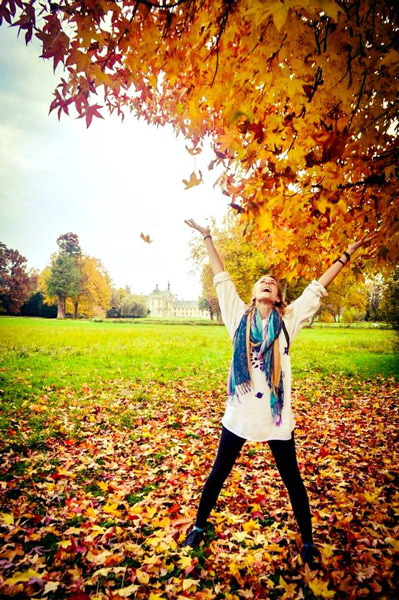 If you want even MORE of Emily, get in touch with us when you’re in Paris for an unforgettable tour experience!