If you’ve been in Paris on May 1, you may have noticed a strange phenomenon: most stores, museums, and monuments are closed.

And why are lily of the valley flowers being sold everywhere? 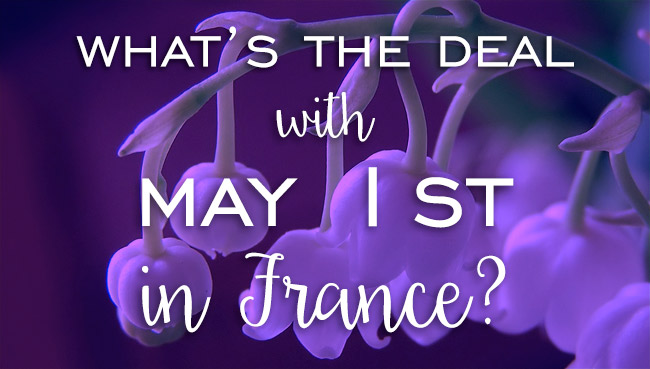 May is a month riddled with days off and long weekends in France. Out of all of them, May 1 is one of the biggest holidays: parties abound the night before, the French take long weekends to go on trips, flowers are sold on the street corners, everyone seems strangely…nice… to each other.

So what’s going on here? 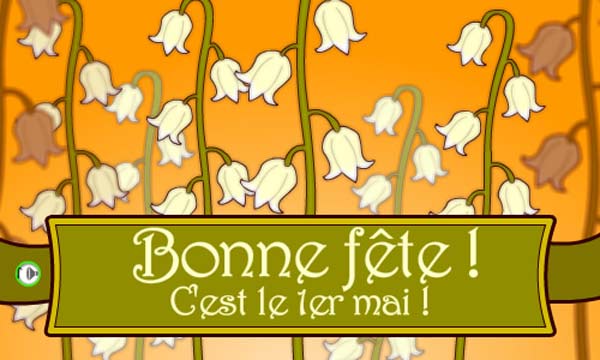 May 1 is May Day (loosely, Labor Day) in France. For the French, it’s definitely a cause to celebrate. The tradition of giving flowers – specifically lily of the valley – to colleagues and those you care about has quite a long history. No, it’s not just a holiday invented by the French florist union!

First, it’s important to differentiate between May Day and Labor Day, which in France both fall on the same day. May Day marks the beginning of warm weather and the nearing of summer vacation time. No reason not to celebrate that with a day off, don’t you agree? 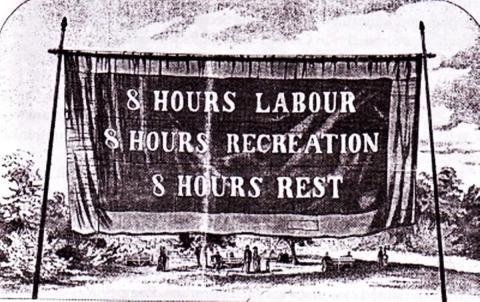 This history of Labor day is a bit more convoluted. You may know that the French tradition of demonstrations and rallies is more than just a stereotype. The French take those rights very seriously. In the 1890s, French workers finally got the right of a more balanced work day. That’s where this all starts. 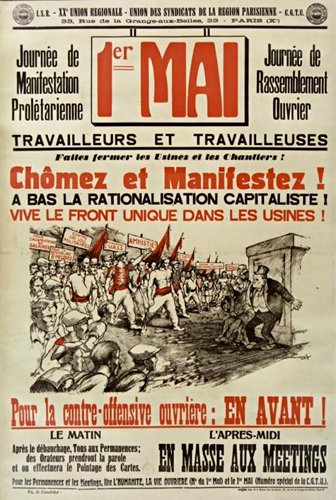 Really it was the start of a balanced day in general: 8 hours of work, 8 hours of sleep, 8 hours of ‘play.’ Traditionally the demonstrators fighting for this 8-8-8 balance would wear a red triangle on their clothing. This symbolized the even distribution of life essentials. Later this triangle was replaced with the Rosa eglanteria flower (below). Can you imagine the crowds in Paris milling around with these beautiful red flowers pinned onto their clothing! 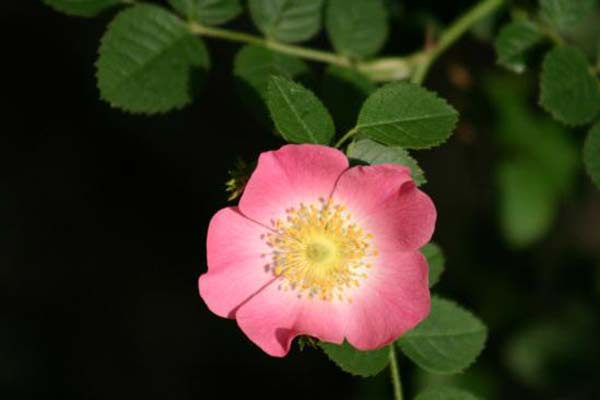 Lily of the valley was the favorite flower of King Charles IX. He even used to give all the ladies of the court les muguets, so he could see them everywhere. 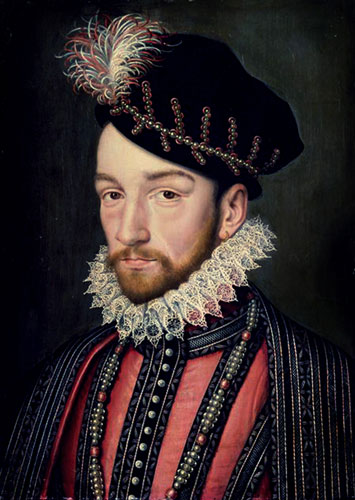 What a weirdo. Image: Wikipedia Commons

During the devastating Wars of Religion, King Charles IX was moved by the suffering of his people. He wanted to do something to lift their spirits. So he ordered his soldiers to hand out lily of the valley in the streets of Paris, to wish happiness to the people from their king.

Sadly this plan backfired: since the people were hungry, they added the flower to their soup. It turns out the cute bell-shaped flowers and stems are toxic if eaten. Some of his subjects actually died from eating it. (Note to self: scrap plans for lily of the valley quiche). 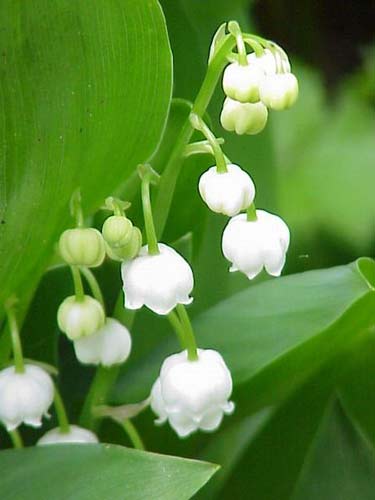 Despite this, the little flower remained a popular symbol for the people of France, and replaced the rosa as the flower of May Day.

In 1919 France, the Senate fully ratified the 8-hour maximum work day. They declared May 1 a national day off. By 1948, May 1 was officially designated Labor Day and declared a national holiday (read: paid vacation day). That must have been a popular bill to pass!

May 1 really celebrates the efforts of the labor movement to achieve social and economic justice for workers nation-wide.

Did you know that on May 1 anyone can sell the Lily of the Valley flowers in Paris, without a license, and tax free? 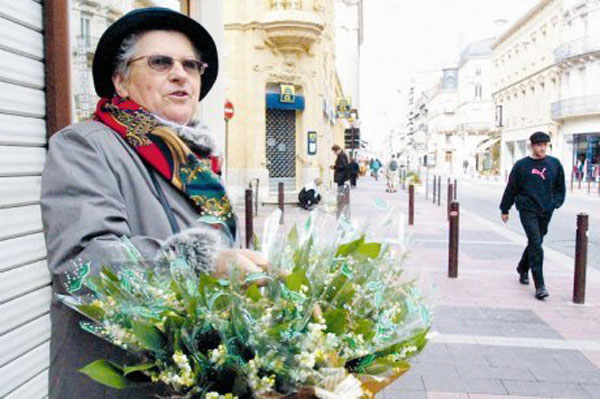 What a weirdo. Image: sudouest.fr

There are two (loosely enforced) conditions:

On May 1 lily of the valley are cheap and smell great. Follow in French tradition and grab a few bouquets for your colleagues, friends, and families.