September is a glorious month in Paris. From the nice weather we always seem to get (especially after such an overcast August), to the still-relaxed ‘rentrée’ atmosphere, it’s one of my favorite times to be out and about in the city. Aw heck who am I kidding… I love September for the Éclair Week! 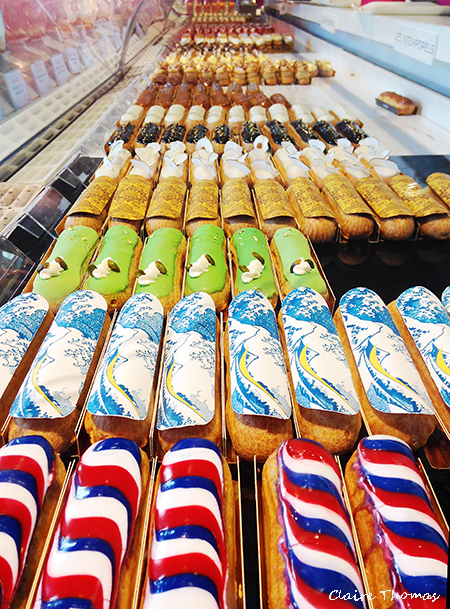 According to the Academie Française dictionary, the éclair (English translation being ‘flash of lightning) is so named because it can be eaten quickly, or in a flash. It was invented by French pastry chef Antonin Careme in the early 1800s – he created the éclair by modifying an existing pastry which was called a ‘duchesse’. For that reason, sometimes éclairs are referred to as ‘petites duchesses’! 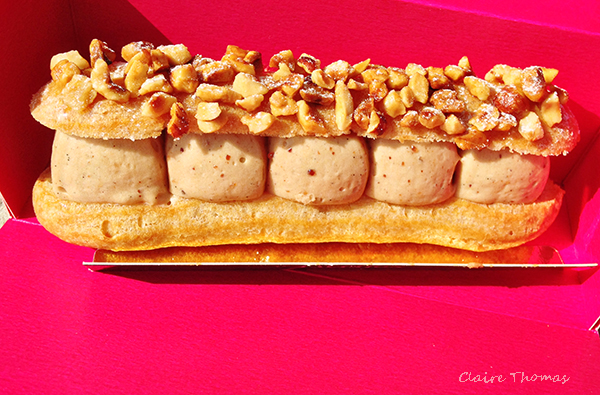 Every year the Fauchon at Place de la Madeline in Paris puts on its thinking cap and comes out with brand new and unique éclair flavors and designs. And this all culminates in the now famous Éclair Week (http://www.fauchon.com/fr/macarons/eclairs.html). You may think it’s impossible that an éclair has flair, but honestly these little pastries are simply works of art.

I wanted to buy one of each but at 7 euros per éclair (and savory ones at 8 euros), I convinced myself that one was enough. After much internal debate, I made my choice, then changed it, then changed it back. The vendor thought it was funny but she also assured me that she sees that all the time. Eclairs are a hard choice for anyone, it would seem… 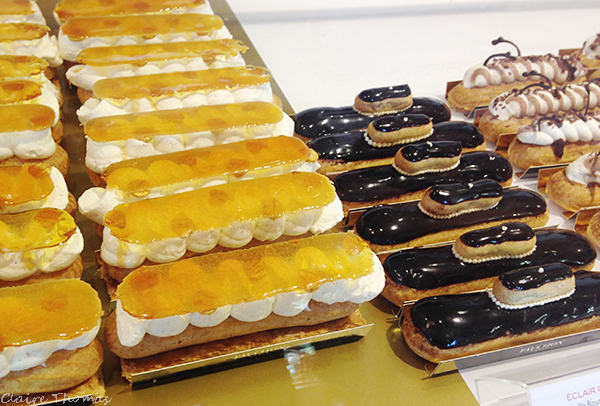 But come on, look at all these! How would YOU choose? 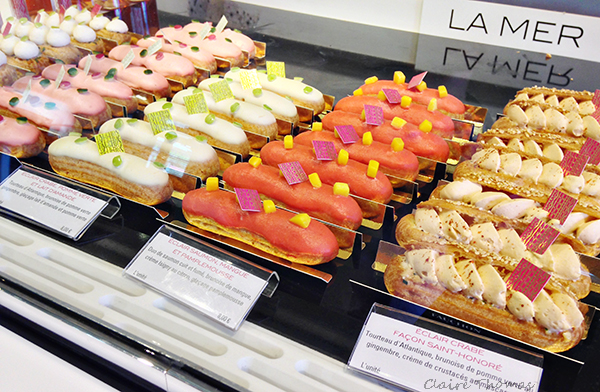 It’s really too bad that Éclair week is only one week long.

You can of course still taste unique and dramatically designed eclairs at Fauchon (and many other Paris pastry shops) year-long, but as you can see these are the crème de la crème. With titles such as Mona Lisa (chocolate almond custard with dark chocolate top), Henna (cardamom and coffee custard with milk chocolate top), Ashta (pistachio and Lebanese cream custard, velvety green frosting with whipped cream and honey droplets), and Ayudhaya (coconut milk, lemongrass, and combava custard with white chocolate top and dried coconut slices), you just know that this is a very special occasion. 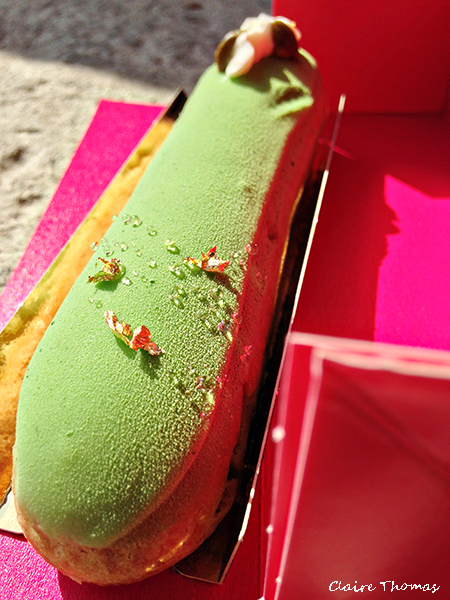 Éclair week continues until September 20 so make your way over there as soon as you can! If you do miss Fauchon’s Éclair week, not to fret… Paris bakeries also celebrates ‘la Quinzaine des éclairs”, two weeks of éclair celebration usually beginning in mid-March. (http://www.lecercledesgourmands.com/la-quinzaine-des-eclairs). 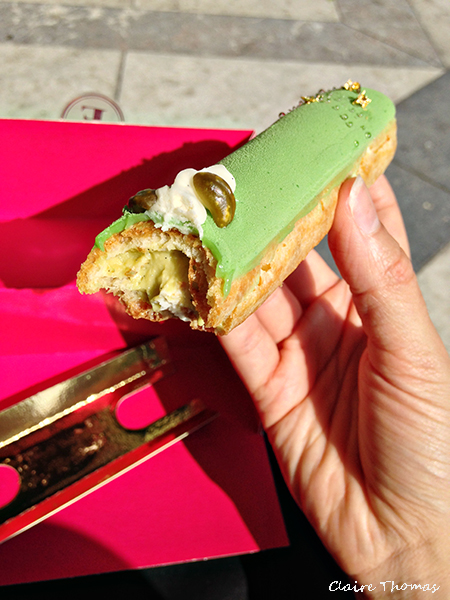 If all else fails and you can’t make it to Paris for either of these éclair-abrations, never fear, you can make these pastries at home (stay tuned for my recipe article next week!) Here’s a preview of how mine turned out… Bon appetit!