This Paris park boasts more than just grass to keep you happy. 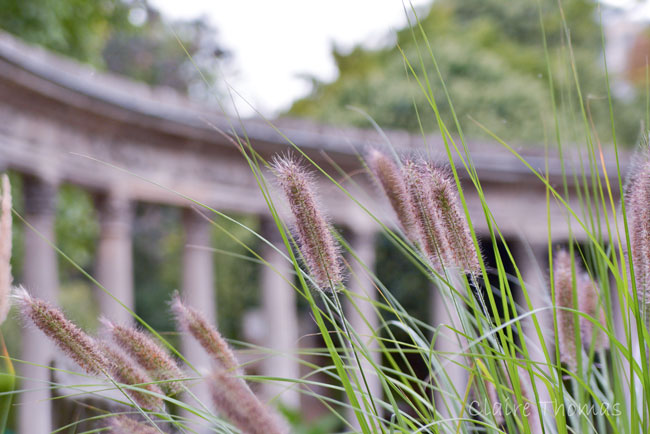 If you’ve seen the Versailles gardens, then you know what a French style garden is. And you equally know that Parc Monceau, as a breath of fresh air, is not a French style garden. Despite (or in light of) that, it really has something for everyone. That’s what makes it one of the best parks in Paris year-round.

French gardens, referred to even in English as jardin à la française are orderly, architectural, and symmetrical. The whole idea is to have control over nature. No wonder Louis XIV, the most self-centered king of France’s long history, love it. He chose this type of garden for his famous Versailles palace. You should visit that too, by the way. 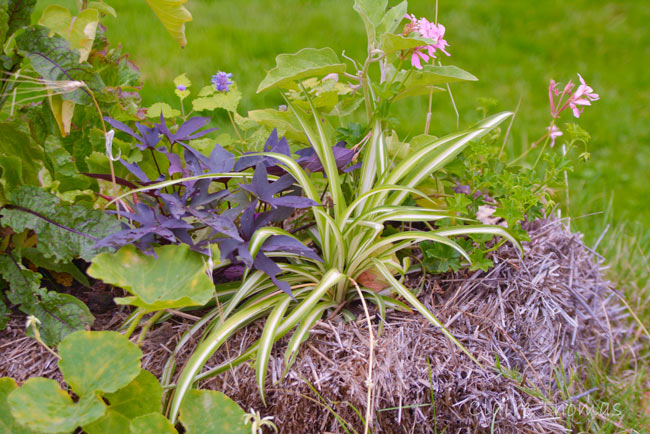 Whatever Carmontelle had in mind, Parc Monceau is much, much closer to an English garden than a French one. That means it has a much more organic feel to it. Instead of structure and symmetry you have winding paths, trees of all different kinds, and even a waterfall. It’s made to look more natural. Personally, I think it’s magical like this…

Just because “man-made nature” seems like an oxymoron (spoiler: it might be!) doesn’t mean it’s any less enjoyable.

Spattered throughout the park are remnants of ancient buildings, like this colonnade, 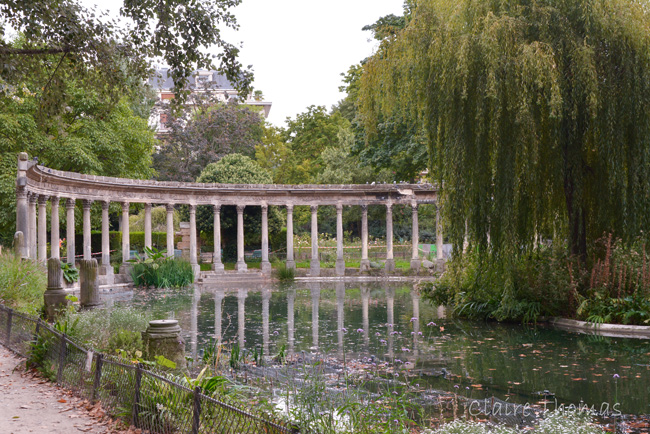 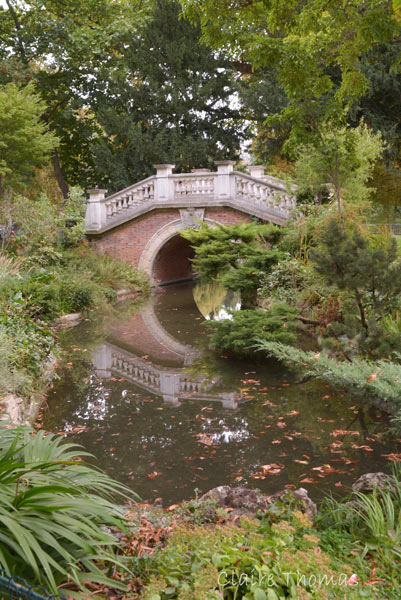 or this statue (and many more like it throughout the park). 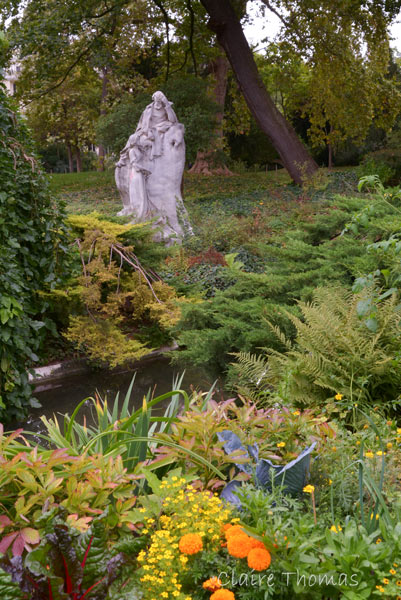 Of course, these structures are not really ancient. They’re only made to look that way. All the same, it adds to Parc Monceau’s undeniable charm.

There’s one architectural structure in the park that wasn’t put there just for show: the rotunda at the main entrance. 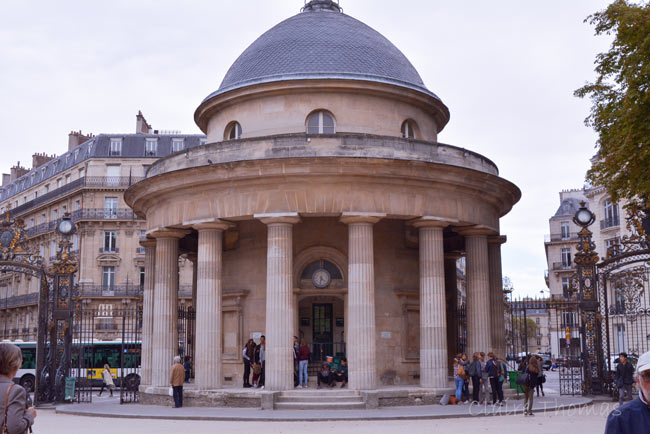 When this rotunda was built, it wasn’t as part of the park. It was attached to the massive fortified wall built to surround Paris in 1787. Oh, you didn’t know that Paris was once a fortified city?

Surprise! Several times over, in fact. As Paris grew, the stone walls were knocked down and rebuilt further out. You can still see remnants of the old walls here and there in Paris (shameless plug: the Secrets of the Night tour visits one, and has a pretty gruesome story to tell along with it). Below you can see the progression of the walls, with Parc Monceau labeled as well as some other landmarks. 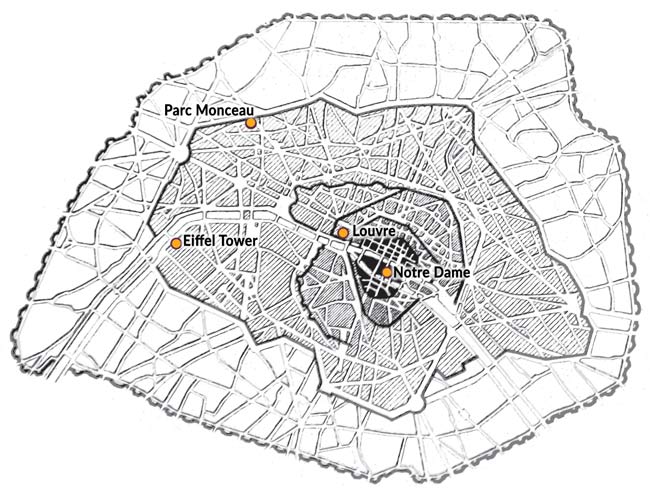 A towering fortified wall all along the north edge of the Parc Monceau would certainly change the feel of the place. I’m glad it’s gone now, though I’m thankful the rotunda survived. Oh, here’s a little tidbit for you: the park watchman lives in the upper floor!

Don’t worry though, despite the age of Parc Monceau and all the ‘ancient’ structures you still have all the luxuries of modernity! There are bathrooms next to the main park entrance in the aforementioned rotunda, for example (talk about a repurposing project). Nearby you’ll also find a kiosk/hut to pick up a crepe and coffee: 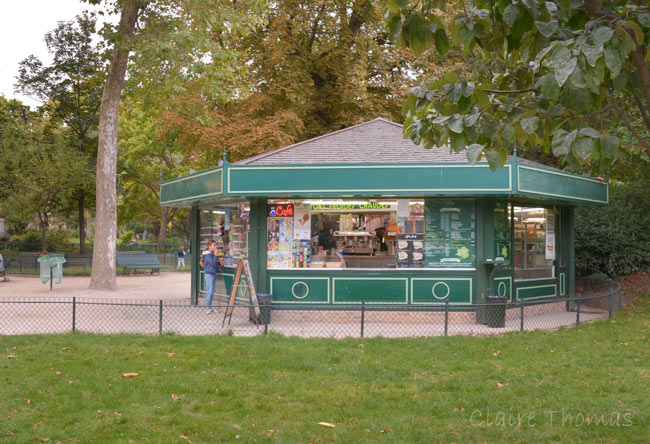 And of course what French park would be complete without a carousel for the kiddies? 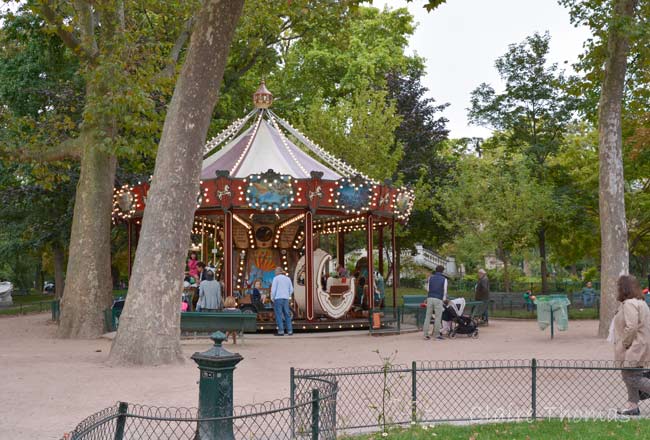 Speaking of kids, you should come to Parc Monceau in their company. You’ll find another activity they’re bound to enjoy: some light duck-feeding at the pond: 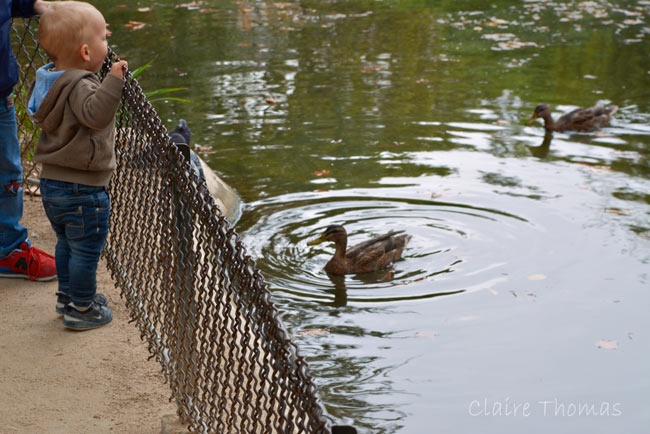 Some parks in Paris have strict keep-off-the-grass rules… Jardin Louise Michele in front of Sacre Coeur, Luxembourg Gardens: you’re both guilty! Parc Monceau is not one of those parks. In good weather there’s plenty of velvet green grass to park your picnic blanket on. 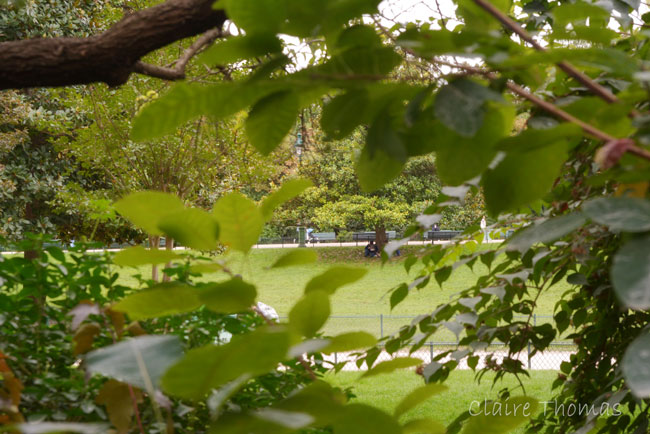 Maybe you would prefer to snuggle up with your partner? Grab one of those trademark green park benches you see so often in Paris, and go for it! 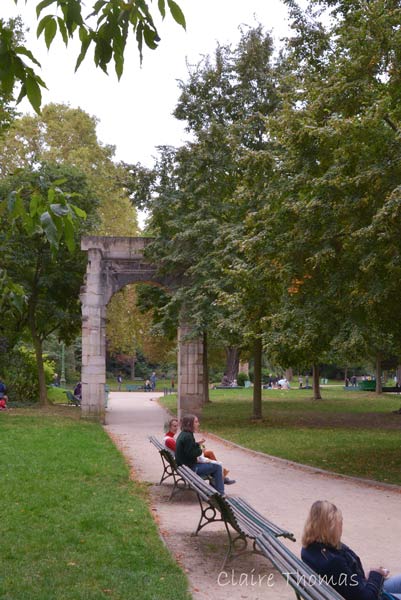 A stroll through Parc Monceau will delight green thumbs. The flowers are varied and flower beds have a free-flowing – artful yet not pushy or pretentious – feel to them. 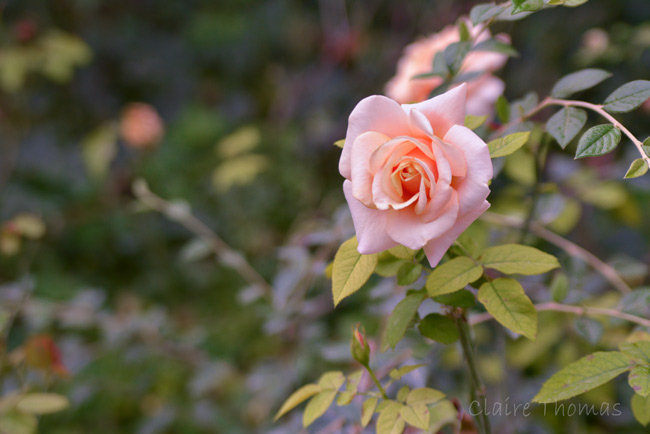 Plus, you know, those waterfalls add a pretty spectacular boost to the whole thing.

Parc Monceau: something for everyone

So we’ve covered the history buff (ancient structures and city walls), the permanently-hungry (snack kiosk), the child (carousel and ducks), the botanist (duh), the picnic-er (grass for the sitting-on), the lover (cosy benches and romantic scenery)… See? Parc Monceau really has something for everyone. 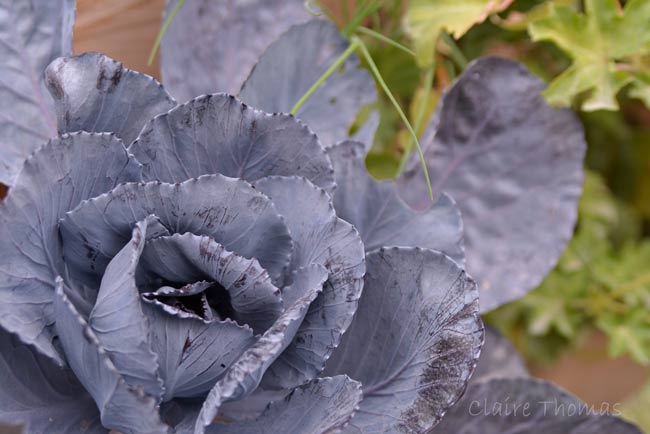